SANTA CRUZ — After Santa Cruz voters in June chose the direct election of an at-large mayor with the passage of Measure E, two residents have pulled papers for the office in the upcoming November election, Fred Keeley and Joy Schendledecker. Currently, Schendledecker is the only one to officially announce she is running for mayor of Santa Cruz.

“I’ve been working outside of electoral or formal politics for many years on the community side,” said Schendledecker. “The more I have followed City Council and city government issues, the more I’ve wanted a seat at the table.”

So far, only two have shown interest in running for the position, which will be decided by a majority vote, longtime elected official and university professor, Fred Keeley, and community activist and multimedia artist, Joy Schendledecker. Keeley has pulled papers, but told the Sentinel he is still deciding whether he will officially run. The 47-year-old mother and registered Democrat, Schendledecker officially announced her candidacy Aug. 1 via social media and on the radio.

“As I’ve become older I feel more confident about speaking out about my views,” said Schendledecker. “I’d like to inspire more people to get involved in local politics because it can be very intimidating.”

Schendledecker hails from Maryland, and spent a decade living in London, England before moving to Santa Cruz with her husband, a university lecturer, and two children in 2015. Since then, she’s been active in several community organizations such as the Democratic Socialists of America, and cofounded two organizations, Santa Cruz Cares and the mutual aid group Sanitation for the People.

Schendledecker’s points to the recent “Out of Reach” report conducted by the National Low Income Housing Coalition, which showed that Santa Cruz is the second most expensive area in the nation for renters. In light of the high cost of living in the city, she expressed the need for wealth taxes, the bolstering of labor unions for service workers throughout the city, and better pay for the SEIU city workers.

Looking at the proposed development of downtown Santa Cruz south of Laurel Street and increasing the density of the city in general, Schendledecker is weary that community centers such as the Bike Church and The Fábrica will be pushed out, and that affordable housing isn’t the primary focus of the project’s proponents.

“I am less inclined to support big business interests like the downtown expansion plan and the Santa Cruz Warriors entertainment district,” said Schendledecker. “Less than 200 of the 1,400 units proposed there will be affordable, and we know that affordability when defined that way, isn’t actually affordable for most people.”

In terms of public safety issues, Schendledecker wants to look more at the military equipment in the Santa Cruz Police Department’s inventory, and potentially implement mental health crisis intervention programs such as CAHOOTS in Eugene, Oregon, to support the police efforts in dealing with mental health crises.

“A non-emergency response system could be cheaper, more effective, better for the people who need help and it could save lives,” said Schendledecker. “Sometimes these calls for help become deadly when things escalate.”

If she gets the majority vote this fall, Schendledecker sees herself as a mayor who doesn’t try to appease all sides of an issue, or find middle-ground at all, but one that, “brings justice to more people.”

“I think we need to center justice in everything we do,” she said. “I try to keep that at the forefront of my thinking and feeling, and I want to work with the majority of Santa Cruzans who also want that, for our city and our world.” 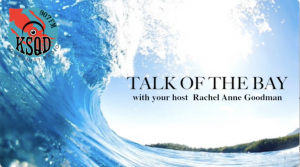 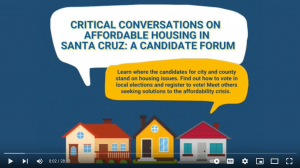 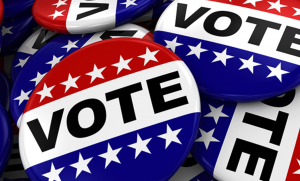 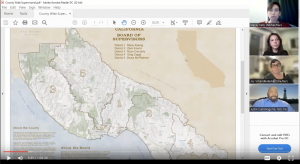 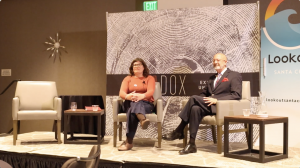